A report by researchers at Columbia University’s Center on Global Energy Policy presents a well-rounded view on the role that natural gas infrastructure will play in reaching net-zero targets and bridging emerging energy technologies.

Researchers had the Leaders Summit on Climate – during which countries, led by the United States, committed to more ambitious emission reduction targets – as a backdrop for the release of their report. Carbon capture and storage and hydrogen were among the most talked-about climate solutions brought up by world leaders, industry experts, and other key actors during the Summit. The report addresses both technologies while anchoring them to the potential role the U.S. natural gas pipeline system may play.

Natural Gas Is Here For the Long-Haul.

Natural gas dominates the U.S. energy system and is not going anywhere soon. As the researchers explain:

“Studies by energy agencies, universities, and the industry that model future U.S. natural gas consumption consistently show continued use of natural gas for at least the next 30 years, even in scenarios where the country achieves net-zero targets by midcentury. There is no quick replacement for gas in the U.S. energy mix.”

Per the report, some numbers that showcase natural gas’ prominence in the United States include: 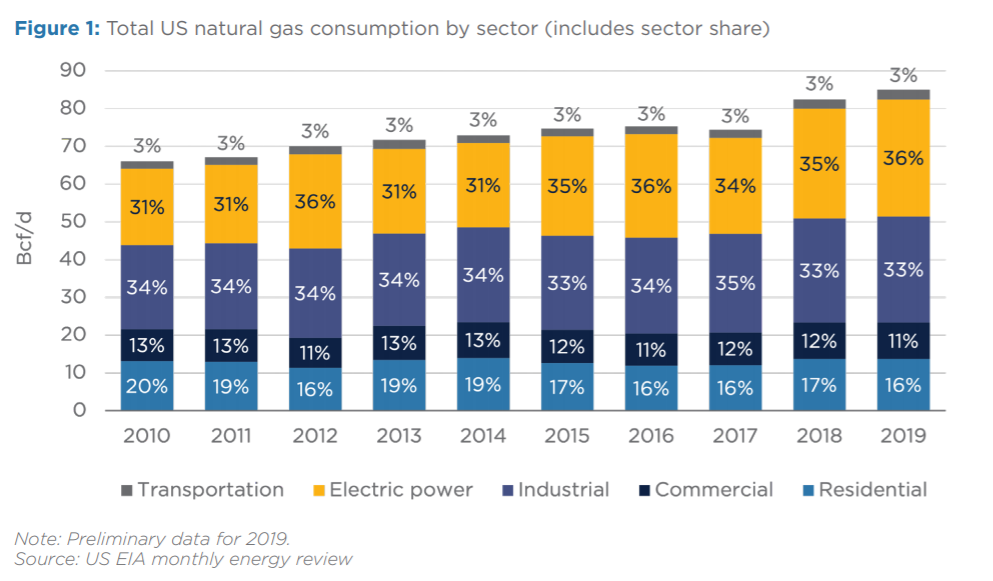 The report adds a new perspective on how to approach both energy and climate solutions by continuing to support natural gas. According to the researchers, there is a need for greater leak detection, repair, and control, as well as retrofitting the existing pipeline network to accommodate fuels like hydrogen, biomass, or even to transport CO2 companies capture:

“Rather, these investments in existing infrastructure can support a pathway toward wider storage and delivery of cleaner and increasingly low-carbon gases while lowering the overall cost of the transition and ensuring reliability across the energy system.”

What does this mean for the U.S. natural gas pipeline system?

Repurposing natural gas infrastructure to transport not only natural gas, but other lower carbon gases, instead of banning, interrupting, or canceling infrastructure projects, will reduce costs and jumpstart low-carbon energy technologies. This is ultimately not a challenge but an opportunity:

“But retrofitting and otherwise improving the existing pipeline system are not a choice between natural gas and electrification or between fossil fuels and zero-carbon fuels… In the same way that the electric grid allows for increasingly low-carbon electrons to be transported, the natural gas grid should be viewed as a way to enable increasingly low-carbon molecules to be transported.”

In the end, the energy transition is about finding smart, technology-driven solutions to address climate concerns. By enhancing an already well-established infrastructure system to transport other gases, the United States will guarantee continued energy access and resilience to all communities in the long term.

Want to join the discussion?
Feel free to contribute!